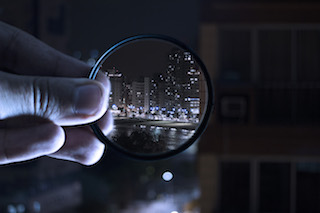 AI and the City of the Future

Companies are lining up to find ways to use AI to enhance and improve cities around the globe. Several companies are already at it, and academics are tracking it, to see what developments lay ahead.

The challenge in using artificial intelligence to build the city of the future is that, well, the city is already there. Unlike in the video game SimCity, where players build from scratch, there’s existing infrastructure that needs to be taken into consideration.

New York City, Mexico City, Paris, even Pittsburg – these cities are literally set in stone. Neither the finances nor the willpower exist to tear down buildings, rip up existing roads, and start fresh. So, as happened in the past in the evolution of laying cobblestones over dirt and then paving the cobblestones, AI developments will need to be layered neatly on top of the existing structures to work.

And, in fact, that’s what several companies are already working toward. From using sensor data that automatically generates adjustments in traffic and transmission grids, to automated modeling that helps cities smartly deploy resources, companies are lining up to find ways to use AI to enhance and improve cities around the globe.

Academics are also tracking these technology developments, which give them new ways to take their findings about cities and quantify them for use by planners and architects. For example, the Collective Learning Group at the MIT Media Lab is now using crowdsourced data combined with machine vision to analyze changes that cities have already made.

By closely examining neighborhood changes or improvements, Cesar Hidalgo, the Collective Learning Group’s director, and his team are able to examine the theory behind a planned change, the change itself, and the outcome. This will allow cities to discard disproven theories and intelligently deploy increasingly limited resources.

Future
Automation
Artificial Intelligence
Advertisers! Is a Robot Coming to Take Your Job?
A Translator’s Steady but Skeptical Relationship with Technology
Navigating a PR crisis while the world is watching
The Rise and Risks of Ancestry Tests
See More

The AI That Recreated Obama
Technology Driving Diversity in Dating
Infrastructure and Society: The driving force behind progress
Teaching Robots the Do's and Don'ts of Morality
See More

A New Blueprint for Funding Innovation
UX as a competitive advantage: An interview with Jessica Ivins
What You Need to Know about AI in Advertising
Disruption, Automation and the Future of Wealth Management
See More

Home Sweet Office
The Sharing Economy Could Still Be Either Boom or Bust
The Rise of Robots: How new AI employees will affect jobs
The Not-So Surprising Rise of UX
See More