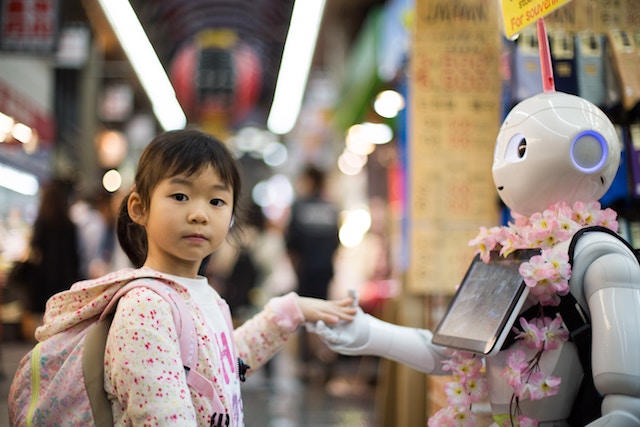 The Role of Emotional Intelligence in the Age of AI

When it comes to emotions, humans still have the upper hand. As artificial intelligence continues to catapult technology forward, it’s those things that make people most human that will keep them relevant, experts say. That and AI, they claim, could be a winning combination.

Artificial Intelligence is improving fast, and the concern for some is how this burgeoning technology will impact the job market. As V1 wrote recently, one third of graduate level jobs could be replaced by technology in the near future. And the roles affected range from doctors to legal professionals to financial advisers and beyond.

The upsides of this include better productivity, increased efficiency and more accurate analytic and diagnostic results. The downside is potentially fewer jobs.

For some commentators within digital innovation industries, the key is adapting to AI’s influence on the workplace rather than rejecting it. This means making the most of the tools humans have at their disposal that are still majorly lacking in AI’s impressive arsenal of machine-learned skills.

Writing in Harvard Business Review, Barry Libert and Megan Beck – digital board member and chief insights officer at OpenMatters respectively – identify several areas in which humans still hold a major upper-hand against their robot counterparts: understanding, motivating and interacting with other human beings; persuasion; and empathy.

For Libert and Beck, the key to maintaining relevance for human beings in professional industries – and indeed to maintain the quality of delivery – is for the individual to embrace their unique human skills and not reject those of AI. By harnessing machine learning’s superior ability to gather data and implement results, as well as the emotional intelligence of humans, a symbiotic relationship can be accomplished where both the quality and efficiency of results are improved.

One important question is whether AI machines will one day be able to surpass humans in emotional intelligence, and what the ramifications of such an advance would be.

A New Generation of Work
Do You Want Automation with That?
Beyond the Bags: Shopping changes its focus
What You Need to Know about AI in Advertising
See More

The Myths and Misconceptions around UX
What’s Next with UX?
Where’s my office? A guide to the Remote Worker’s space
The Not-So Surprising Rise of UX
See More