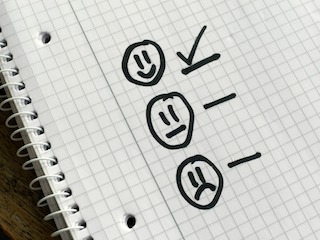 Fighting Depression Is Just a Few Clicks Away

Technology is trying to help people get better access to mental health information and depression-related resources. New search features on Google are directing people to assessment tools, and

Think you might be depressed? Now you can Google that.

Even though about one in five Americans experience depression during their lives, only about half of the people who suffer from it receive treatment, according to the National Alliance on Mental Illness.

NAMI and Google worked together on the recent feature, which offers people searching “clinical depression” on Google mobile a quick way to click through to PHQ-9, a self-assessment screening via questionnaire that will give them information about their potential level of depression.

And this is just one of the many tools out there aimed at putting technology to work to fight depression. New startup Revolutioner is promoting a program that has people listening to short recordings, with the sound technology supposed to stimulate brain waves and help them achieve a more preferable balance.

There have also been a rash of more broadly mental-health focused Apps, which are convenient, anonymous, more cost effective and accessible for people who might need them. But there’s still some question as to their effectiveness and the circumstances under which they’re successful, according to the National Institute of Mental Health, as well as concerns around privacy and regulation.

Healthcare companies seem to be getting on board. Industry giant Aetna in 2016 ran a pilot scheme to give employers digital programs that could help employees with depression, anxiety or substance use. The program reportedly used cognitive behavioral therapy and mindfulness practices, among other tools that psychologists use effectively as well, and sent emails with tips and encouragement. It also gave people the ability to choose to address their conditions privately or with others, depending on their preferences.

As Aetna reported in a June 2016 note, “Employees who used the digital program during the six-month pilot had reductions in depression and anxiety symptoms three times greater than the control group.”

Society
Healthcare
Technology
How Can Governments Regulate the Latest Innovations?
The Home of the Fourth Industrial Revolution
Babel Fish is now a reality with translation direct into your ear
The Wooden Skyscrapers of the Future
See More

3D Printing and the Fight against Cancer
The Top Tech Trends in Sports and How They Affect the Fans
Innovation and Its Impact on the Healthcare Industry
Are High-Tech Toys the Key to Educating the Next Generation?
See More

Why Kindness Makes for Better Business
Building a strong work culture with a remote team
Do You Want Automation with That?
The Empathy Economy and What It Will Mean in the Autonomous Age
See More

The Inside Track on Place Branding with José Filipe Torres
Need to disconnect? Technology can help you with that
The Human Touch: Role of humans in the future of translation
The Sharing Economy Could Still Be Either Boom or Bust
See More