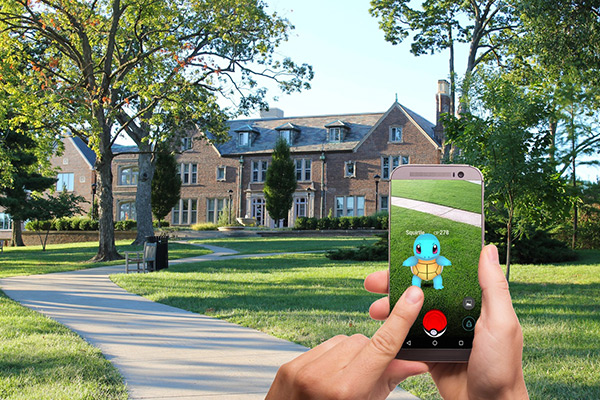 AR and the Future of Storytelling

Publishers want to use augmented reality to get people’s attention. Instead of just reading text alone, users can experience storytelling in more dimensions than ever before.

Augmented reality can help people try on makeup, catch Pokemon and fit their homes with furniture. Now, publishers are also looking to harness the technology, with the view that it could create a more engaging experience than reading text alone.

In May 2017, the Washington Post launched its first experiment with the technology via a series of AR experiences based on famous buildings. Users can access the series from within the newspaper’s app, where the first installment in the series presents a virtual tour of the Elbphilharmonie concert hall in Hamburg, Germany.

The story prompts users to point their phones towards the ceiling, which then transforms into a virtual version of the Elbphilharmonie. At the same time, an audio narrative bythe Washington Post art critic Philip Kennicott plays. There’s also an option to read his comments in an article, for those that prefer the old-fashioned way.

Given its natural propensity for storytelling, the Post’s decision to experiment with AR early on is a strategic one. “We think it’ll be more widely adopted – you can really see it bubbling up – and we wanted to be at the forefront of that so by the time it takes off, we’re really good storytellers there,” Joey Marburger, the Post’s head of products, told Digiday.

The New York Times was ahead of the game, however. As of January 2017, its AR experience used a virtual museum to educate readers about people working in the STEM fields. But, with Google and Apple’s AR developer platforms having only recently launched, the Post’s  experiments still come before a likely boom in the technology’s use.

As the technology becomes more ubiquitous, it’s possible that text-only content will become a thing of the past. So, while AR will likely help enhance existing forms of storytelling rather than replace them, publishers will need to think about how to upskill their teams so that they can add meaningful virtual dimensions to their stories.

Future
Augmented Reality
AR
Storytelling
Navigating a PR crisis while the world is watching
AR and the Future of Storytelling
Alexa, Make It So
China’s AI Power Play
See More

Infrastructure and Society: The driving force behind progress
Cars Are Tracking Your Every Turn
Facebook’s Latest Strategy to Hit Fake News Where It Hurts
The Microchipped Employee and the Question of Privacy
See More

The Billionaire Players in the Mars Space Race
What You Need to Know about AI in Advertising
CEOs: Technology to look out for in 2018
Disruption, Automation and the Future of Wealth Management
See More

Engage: A look at remote work in 2019
The Role of Emotional Intelligence in the Age of AI
The Not-So Surprising Rise of UX
The Inside Track on Place Branding with José Filipe Torres
See More