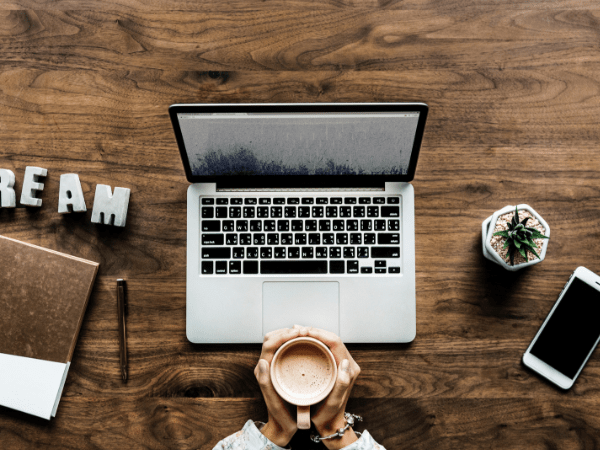 Where’s my office? A guide to the Remote Worker’s space

Remote work means different things to different people. More and more businesses are having to confront the integration of this component of a workforce. For many, that begins with trying to figure out exactly what makes this genre of employee tick. The home office.

Remote work means different things to different people. It’s a term that’s been on the buzz list the past few years, with businesses and media commentators singing its praises, making brash predictions, weighing up its pros and cons, and offering advice on how to become a remote worker.

Even with all the conversation, experts – and workers themselves – have yet to converge on the experience, culture or exactly how it should be handled by companies. One thing is clear, though: it’s moved beyond just the somewhat satirical image of someone skimming emails on a tropical island or making conference calls in pajamas.

The number of people in the US who work remotely at least occasionally rose to 43 percent in 2017 from 9 percent in 2007, meaning more and more businesses are having to confront the integration of this component of a workforce. For many, that begins with trying to figure out exactly what makes this genre of employee tick.

There’s likely no water cooler and office drinks but, according to a 2018 survey by Buffer, 78 percent of remote workers call their home their primary workspace. Buffer itself is an organization with an entirely remote workforce, and it says working from home allows its employees to look after their children and pets while they’re on the job.

While there are perks, working from home isn’t without its challenges. A 2018 study on remote work by freelance services marketplace Fiverr showed that 30 percent of the surveyed remote workers missed the sense of community that comes with working in an office, citing loneliness and a feeling of being left out.

Furthermore, remote workers can also struggle to stay motivated without anyone else around. Alex Uff, a translator who’s worked remotely from his apartment for over four years, says he chose to work from home rather than a co-working space because “it’s cheaper, more comfortable, and gives you more time in the day without a commute.” But working from home means that Uff has to be more disciplined. “Challenges include independently instating a structure and sticking to it,” he says.

Uff says he combats the lack of structure that comes with remote work by setting a professional standard and maintaining a strong work-life balance. “Create a positive, simple routine,” he says. “Keep office hours, take breaks, eat well, etc. And ensure there are other things that allow you to switch off from work – seeing friends, exercising, hobbies that take you out of the house.”

For remote workers who prefer not to set up office in their homes, there’s always the option of working from coffee shops or co-working spaces. Platforms like Workfrom allow remote workers to find a workspace near them that’s been reviewed by fellow users and rated on its overall “workability.” Co-working spaces have gone from strength to strength in recent years. Well-known co-working space WeWork, for instance, grew from 1,000 members in New York in 2010 to 130,000 members across 163 locations in 2017.

It’s something Camille Carollo, a community manager who’s worked remotely since 2012, considers a major negative. He worked from home until January 2018, when he moved to a co-working space. “The price is one of the bad aspects, of course,” he says. “It’s frustrating that I have to pay to earn a living.”

Still, for Carollo, the positives of co-working spaces outweigh the cost. When he worked from home, he felt “more and more lonely,” he says. “I came to like my apartment less and less.” Since he joined a co-working space, he’s become happier in his work, he says. “I enjoy talking [to other members of the co-working space] in the mornings, having laughs, spending my lunch breaks with people, and every now and then going for a drink in the evening.”

Though he says it can be tougher when he needs privacy for phone calls, the collaborative, human environment is a major factor for Carollo. “The positives, of which there are plenty, are meeting people, the openness of others, and an enriching cultural and intellectual atmosphere.”

For some, remote work affords the opportunity to travel and earn a living at the same time. Sometimes referred to as “digital nomads,” these workers have full-time jobs, but simultaneously travel the world.

Digital nomads are in the minority, according to Buffer. While the majority of the remote workers that participated in the survey said they traveled and worked at least some of the time, only 4 percent said that they worked on the road more than 90 percent of the time.

Smith, who previously worked as a marketing consultant and has since founded WiFly Nomads, says she ditched her 9-5 job in Canada because she wanted to travel and make money at the same time. “It’s given me the flexibility to have more freedom and fulfillment,” she says. And while she acknowledges that there are challenges with being a digital nomad, she says that it’s all about managing time well and thinking ahead.

“I go to locations that have good Internet, or I make sure that, before I go to a location, I know where the co-working spaces are and where I can get WiFi,” says Smith. “I make sure it doesn't disrupt my work. I think ultimately, as a remote worker, it's super important that you know how to properly communicate with your team.”

Despite claims that remote work forces are more productive, loyal and give businesses access to a larger talent pool, there are some organizations that push back against remote work. In 2013, Yahoo! CEO, Marissa Mayer, reversed the company policy on remote work in an internal memo, stating that employees who work remote must relocate to company facilities. Similarly, in 2017, IBM recalled thousands of remote workers from the marketing department back to the office.

Companies resisting the rise of the remote work phenomenon claim that some employees are unable to focus when working remotely, that the lack of in-office interaction curbs innovation, and that remote work solutions – like Slack and Asana – aren’t effective for large organizations.

Some companies are open to remote work but set specific guidelines for telecommuting employees. The collaboration tool Trello, for instance, has a “Remote Work Policy” that outlines seven requirements that employees must adhere to when working outside of the office. Those include “An internet connection capable of easily handling a Google Hangout,” “A dedicated room with a door that closes,” and “No child care responsibilities during working hours.”

Digital nomad Smith believes that remote work is the future, and that moving forward, all companies will be remote, cutting the need for offices altogether. And while she agrees with policies, like those of Trello, that set the tone and rules for a company’s remote work culture, she also says the onus falls on employers to assemble a team well-suited to remote work.

“It’s the responsibility of management to bring a team on that they trust, and that is working hard,” says Smith. “If you're bringing people on and you can't trust them to get the job done, you're probably not hiring the right people for the job.”

Related Posts:
V1. Editions:
Work
Engage: A look at remote work in 2019
Agility in business, and the pros and cons of remote teams
Building a strong work culture with a remote team
The Future of the Office: How millennials are driving change in the workplace
Home Sweet Office

Remote Work
Business
Future of Work
Society
The Trump Administration’s Plans for 5G Internet
AR and the Future of Storytelling
Drone Domination: The company looking to rule the skies
Drone Delivery: Plotting a path to the US
See More

How Well Will Your Driverless Car Know You?
Forget 3D Printing. The Future is 4D.
Teaching Robots the Do's and Don'ts of Morality
The Smart Schools of the Future
See More

A New Generation of Work
Agility in business, and the pros and cons of remote teams
A New Intelligence in the Boardroom
The Empathy Economy and What It Will Mean in the Autonomous Age
See More

The Sharing Economy Could Still Be Either Boom or Bust
The gig economy and a new frontier of work
The Human Touch: Role of humans in the future of translation
Need to disconnect? Technology can help you with that
See More