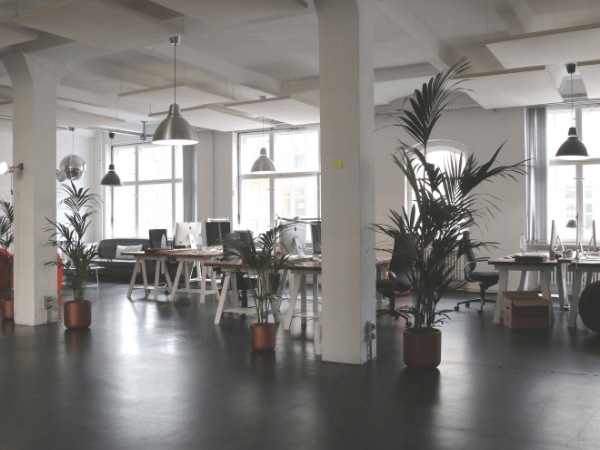 The Future of the Office: How millennials are driving change in the workplace

The space where people lay their laptops is in the midst of a revolution. Employers looking to attract and retain top talent need to make their organizations as appealing as possible for the next generation of workers – starting with the office itself.

The space where people lay their laptops is in the midst of a revolution. Employers looking to attract and retain top talent need to make their organizations as appealing as possible for the next generation of workers – starting with the office itself. That means taking into account new technologies, new business practices, and the social trends that are both cutting edge today and will have staying power for the office of the future.

As of 2017, millennials (aged between 21 and 36 at the time) became the largest generation in the US labor force. By 2030, they will make up 75 percent of the workforce, according to US Bureau of Labor Statistics predictions.

Attracting millennial workers isn’t just about offering higher salaries and better benefits. More than the ever, young generations are concerned with the working experience, which includes the office they work in.

For many people, the stereotypical modern office is a large, open space with shared desks and work areas – a far-cry from the claustrophobic cubicle culture of the ‘80s and ‘90s. Indeed, as of 2015, 80 percent of American offices were open plan, according to the Boston Globe.

Considering that millennials favor the collaborative working style that open plan offices are supposed to accommodate, it would be fair to assume that it’s a trend set to continue. However, millennial preferences aren’t quite so simple, and neither is trying to predict what the future holds.

There’s been a recent push-back against the open office design, and even its collaborative advantages have come under attack.

A much-cited 2018 Harvard study suggests that open spaces actually have a negative impact on collaboration. Researchers found that face-to-face time for employees who were switching to open plan offices decreased by 70 percent, while email use increased by between 22 and 50 percent. It’s not surprising then, that the latest trend in office design is a move away from open plan offices.

When V1 spoke with Dr. Jeri Brittin – director of research at HDR, a firm specializing in engineering, architecture, environmental and construction services – for its 2018 Future of Work report, she suggested that vast open office plans could be on the decline.

“One of the trends that we’ve seen very strongly, say in the last decade, is a focus on collaboration and designing collaborative spaces,” she said. “Which I think partly has really been a response to the price of space, and trying to get more people into less space.”

Brittin said she believes this pushback is going to result in a new approach to office design that allows for privacy as well as collaboration.

“While open spaces potentially allow more access to daylight and airflow than small enclosed spaces, I think the response now in designing offices is to incorporate more spatial divisions, including quiet spaces, or spaces for individuals, solo work, or small group work, where there is some acoustic shielding, where it’s quiet,” Brittin noted.

But that doesn’t mean that organizations are planning a return to cubicle spaces. Instead, the office of the future could combine the best of both worlds.

A new concept called “activity-based workplace design” imagines a diversity of spaces tailored to the task at hand, meaning employees will have the option of working on collaborative projects in open spaces with colleagues, or retreating into a private space when they need to concentrate on focused work.

This type of custom office space is better suited to the millennial generation whose roles are increasingly “knowledge-based”, meaning there’s more of a focus on creative thinking and problem solving than there was for previous generations.
‍

Bean bags are just the beginning

Millennials aren’t as lured by big pay packages as their predecessors. They expect a different kind of compensation – not just a paycheck but also a workplace experience they find meaningful.

This can include cliché frills such as ping pong tables and bean bags. Speaking with Inc. magazine, Cindy Allen, editor-in-chief of Interior Design, said that there’s an increased focus on “joie de vivre” in the office environment.

"As Editor in Chief of Interior Design magazine, I've been publishing the best workspaces for 16 years,” she said. “It certainly has evolved, become intuitive, and dare I say even cool?”

But millennials aren’t only interested in “cool” air hockey tables and vintage arcade games in the office. Employers looking to attract the best and brightest of Gen Y (another term for millennials) will also need to cater to the generation’s interest in wellness.

According to reports, millennials are more interested in healthy diets and exercise than previous generations, as well as relaxation practices such as yoga and mindfulness.

Top organizations are responding to millennials’ need for wellness and fun in the workplace.

Adobe offers its employees meditation rooms, as well as kickboxing and Pilates classes; Yahoo! has on-site fitness centers, yoga, and basketball and volleyball courts; and AOL has chair massages, nap rooms, free drinks and snacks for its employees.

If other companies follow suit and the trend continues to grow, the office of the future could look more like a rumpus room than today’s workspaces. But that doesn’t mean that tomorrow’s employee is all play and no work; for some business leaders, a fun office increases productivity and avoids potential burnout.

Remote work in the US is on the rise, and it’s set to impact the office. As of 2017, 2.9 million of the total US workforce worked from home at least half the time, and that’s up from 1.8 million in 2005. But it doesn’t mean that the physical office is doomed.

It’s important to note that remote work doesn’t mean working remotely all the time. Rather, the trend of employees who sometimes work from home is skyrocketing. As of 2017, 43 percent of US workers worked remotely at least occasionally, up from only 9 percent of workers in 2007.

And while some statistics show that millennials are big drivers behind the rise in remote work, there’s evidence to suggest that Gen Yers still prefer working in the office.

Indeed, in a recent interview with V1, Mel Carson, CEO of modern marketing agency Delightful Communications, said that he was surprised in his business to find that millennials preferred not to work from home.

“I didn't think that the millennials wanted an office,” he said. “But it turns out they want to get out and off their devices, they actually want to have that engagement with real people.”

Once again, employers wanting to appeal to millennial workers will have to navigate behaviors that aren’t necessarily black and white: while younger generations enjoy the option of remote work, they still want a physical office where they can go and engage with colleagues.

As such, the office of the future may have to be adaptable to suit the coming and going remote workers. Private rooms may need to be easily converted into meeting areas, and spacious collaborative work zones may need to be quickly turned into standing desks.

Some organizations have already noticed this trend and are acting accordingly. Red Bull’s London office, for example, features a reception area which turns into a bar after hours for coworkers to relax, share a drink and socialize.
‍

While it’s certainly the case that new technology and innovations often enable change in the workplace, it’s the people that occupy those spaces that actually drive the change. Millennials are already the most dominant presence in the American labor force, and their voice is only going to get stronger in the coming years, ultimately meaning that the most desirable organizations are going to have to adapt their office spaces to the preferences of Gen Y.

That’s not always a clear-cut path, as millennials aren’t as predictable as some stereotypes would have people believe. Indeed, accommodating for this lack of certainty may be the defining characteristic of the office of the future: workspaces that don’t conform to one thing or another. Instead, the office of the future may well need to be as flexible and ever-changing throughout a single work day as the moods of the employees who occupy it.

Related Posts:
V1. Editions:
Work
A New Generation of Work
A New Intelligence in the Boardroom
Home Sweet Office
Your Desk Will See You Now

Future
Generations
Future of Work
Automation
Remote Work
IoT
The Wooden Skyscrapers of the Future
Police Protection of the Future: Robots to the ready
The Rise and Risks of Ancestry Tests
How Do You Watch Your Sports?
See More

ShotSpotter: The AI tackling gun crime in America
Cars Are Tracking Your Every Turn
The Problem with Energy and Bitcoin
Letting Big Data Be the Judge May Be Criminal
See More

A New Blueprint for Funding Innovation
Disruption, Automation and the Future of Wealth Management
CEOs: Technology to look out for in 2018
The Billionaire Players in the Mars Space Race
See More

Engage: A look at remote work in 2019
The future of translation through the eyes of a professional
How to Survive the Age of Automation
The Rise of Robots: How new AI employees will affect jobs
See More