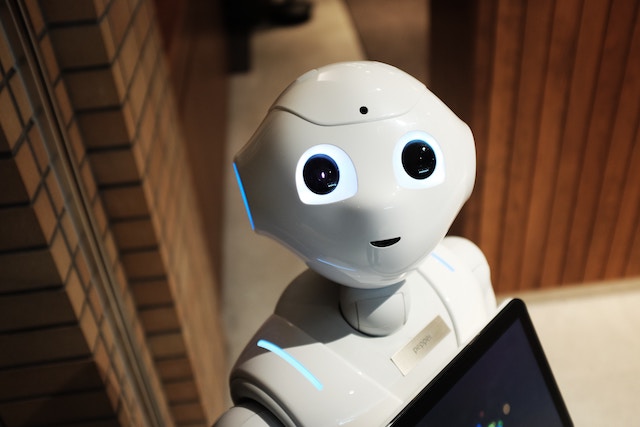 The Rise of Robots: How new AI employees will affect jobs

Is a robot after your job? With AI technology advancing and robots increasingly able to perform tasks once only people could tackle, concern is rising about the future of human employment. That means a new framework for work itself, and employment regulation, are on the horizon.

As automation and artificial intelligence impact an increasing number of industries, there is a concern around the future of human employment. It’s an area that V1 is exploring in its upcoming report, “The Future of Work”. By speaking with experts, executives and analysts from a host of different industries, we’re hoping to shed some light on this ever-changing and precarious subject.

We’ve also been exploring the impact that AI and automation will have on the future of work in our online magazine. Today, we look at the different roles that are already being affected by new technologies, and the possibility that automation will be a boon for industries and create more jobs than it displaces.

One third of graduate level jobs could be replaced by technology, with accountants, court clerks and “desk officers at fiscal authorities” among the roles most likely to be affected, according to a legal-focused report by the International Bar Association in July 2017. The report goes on to say that governments are going to have to introduce human job quotas as robots and AI software increasingly replace human labor.

While robot and AI employees are significantly cheaper, costing between $5 and $8 an hour, the report notes that they also don’t go on strike or require pay for sick days, maternity leave and vacations.

The study considers the legal implications of these technological advances and warns that the current frameworks for employment regulation will soon become outdated.

However, while the technology will undoubtedly change the current state of employment, some argue that it will create as many new jobs as it will replace existing ones. In fact, in many cases, the AI robots promise to free up existing employees to focus on the more interesting, skilled and demanding tasks.

For example, IBM Watson has created an AI device for hospital patients that can perform simple tasks like turning off the lights, adjusting the air conditioning and answering questions about lunch. This allows the nurses more time to focus on patients in most need of their attention.

Despite the moral ramifications of AI employment, this new robotic workforce seems likely to become more intelligent and ubiquitous in the years to come. It will be up to the collective power of government legislators, business owners and AI developers alike to ensure people harness the power of machine learning rather than fall victim to it.

Society
Robotics
Artificial Intelligence
Automation
Future of Work
Would You Chow Down on a Robot-Made Salad?
Fitness of the Future: Charge your phone on the move
The Wooden Skyscrapers of the Future
How Can Governments Regulate the Latest Innovations?
See More

A New Intelligence in the Boardroom
Building a strong work culture with a remote team
Agility in business, and the pros and cons of remote teams
A New Generation of Work
See More

Engage: A look at remote work in 2019
The Myths and Misconceptions around UX
The gig economy and a new frontier of work
The future of translation through the eyes of a professional
See More