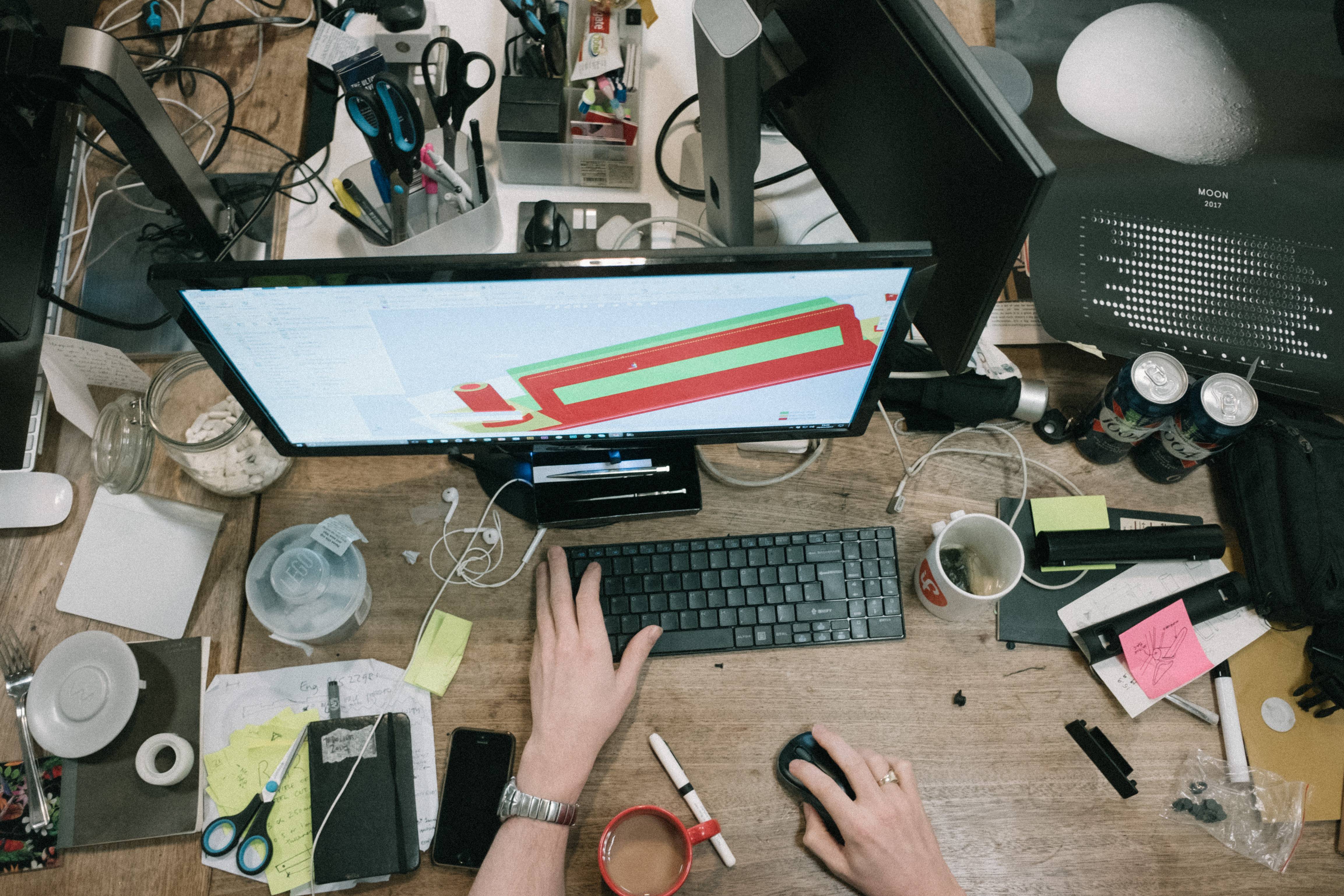 Overcoming the issue of remote work and boundaries

Flexibility and freedom are among the main draws of remote work, but there's evidence to suggest telecommuting comes with its own restrictive problems.

In partnership with Engage, V1’s latest offering, which helps businesses to build thriving and profitable remote teams, we are pleased to offer a series of stories that explore key elements in remote work, including problems facing leaders and distributed workers, and solutions for how they could be addressed.

Flexibility and freedom are statistically the biggest motivators behind the remote revolution, according to a 2018 study by Buffer. Workers that choose to ditch the office environment do so, in large, because they want to be able to organize their own schedules on their own time.

Not only that, but the majority of remote workers don’t have to deal with a daily commute, which takes over 200 hours per year for the average American. 78 percent of remote workerschoose to work from home, rather than in a coffee shop or co-working space.

And yet, despite this, there’s evidence to suggest that remote workers struggle with overworking, and the pressures of stress and burnout that come with that.

Is remote work really about freedom of time?

Remote workers tend to overwork because of their physical separation from their employers, according to some observers. Writing in Fast Company in 2018, Martin de Wulf suggests that there’s more pressure on remote workers to show they are producing results, in lieu of employers being able to see that they are physically in the office.

“Since people can’t see you work remotely, you might feel more obliged to show results every day, even if it forces you to work way past eight hours a day,” writes de Wulf, a software engineer who had worked remotely for five years at the time of writing. “I can’t count the number of times a configuration problem or a customer call took a few hours of my day, but I still felt forced to finish the task I’d committed to that day, just so nobody could assume I was slacking off instead of working. Had my coworkers seen me in front of my computer all day, I probably would’ve felt relaxed enough to finish that task later.”

Burned out, stressed employees is bad news for bosses, too. Approximately one million US workers are absent every day because of stress, according to findings from the American Institute of Stress. And it’s estimated that these stress-related absences cost American employers between $150 billion and $300 billion a year. “That's the great irony of allowing passionate people to work from home,” writes Jason Fried, co-found of 37signals, in Inc. magazine. “A manager's natural instinct is to worry that her workers aren't getting enough work done. But the real threat is that they will wind up working too hard. And because the manager isn't sitting across from her worker anymore, she can't look in the person's eyes and see burnout.”

Fighting against a culture of always being on

Overworking isn’t the only problem remote workers face. In an age of hyperconnectivity, where employees are reachable not just via their laptops but their smartphones too, the risk is that remote workers are always at the beck and call of their employers.

The concern that employees might fall into the trap of always being on call was a topic often raised by many of the experts interviewed by V1 for its upcoming Future of Communications in Business report. Those experts expressed fears that the always-on culture could affect employees’ psychological well-being, as well as damage the organizations the affected employees work for.

“Part of what happens is, when you have a mobile device that allows you to be connected anywhere and anytime you want, the business world feels as though you should be omnipresently available. And so what has happened is, this has made the workplace employee basically have to be available 24/7, 365 days a year” says Larry Rosen, professor emeritus of Psychology at California State University, Dominguez Hills.

It’s a problem that’s been recognized on a government level, with European countries including France and Germany introducing laws that allow employees the right to disconnect, and some organizations are following suit, too. “I think that's also something that leaders can do to create more healthy boundaries,” says Brandon Smith, executive coach, speaker, author and podcaster. “I do see that already occurring in consulting firms – they are told not to send any emails or exchanges with clients after five o'clock on a Friday and not before 9am on a Monday.”

Despite regulations being put in place, some experts suggest that they are unenforceable, and that not disconnecting from work after hours can lead to depression, anxiety and even coronary heart disease.

The issue of being always on call could arguably be more problematic for remote workers than their in-office counterparts. Distributed teams often employ a global staff, meaning remote workers may be pressured into working earlier and later to accommodate different time-zones.

Striking the balance and putting in place boundaries

As the rate of remote work increases, the problems of overworking, stress and burnout are becoming evermore apparent, for both employers and employees. This is counter to the striking preference for a healthy work-life balance favored by the millennial generation – an age-group that also favors remote work because of the flexibility it offers them.

For remote employees to avoid the psychological issues that come with overworking, then at least part of the responsibility rests with them to ensure they are working within their limits. This means setting boundaries by establishing protocol with employers: ensuring employees are not working from first thing in the morning until last thing at night, and that they’re not fielding emails and calls once they’ve signed off for the day. It also means being as efficient as possible throughout the working day. 16 percentof remote workers surveyed by Buffer said that getting distracted is the biggest struggle they face as remote workers. By limiting these, remote workers can improve their productivity, meaning they can hit their targets without burning the midnight oil.

The onus of achieving a healthy work-life balance for remote employees doesn’t just fall on the worker. Employers are also responsible for ensuring that their remote teams aren’t overworking and, ultimately, burning themselves out. “Managers need to establish a culture of reasonably [sic] expectations,” writes Fried in Inc. magazine. “At 37signals, that means that we expect people to work no more of 40 hours a week, on average. There are no hero awards for putting in more than that. Sure, every now and then there's the need for a short sprint. But most of the time, the company views what it does as a marathon. It's crucial for everyone to pace themselves.

Related Posts:
V1. Editions:
Work
Why Kindness Makes for Better Business
Agility in business, and the pros and cons of remote teams
The Future of the Office: How millennials are driving change in the workplace
Where’s my office? A guide to the Remote Worker’s space

Remote Work
Technology
Business
Future of Work
Leadership
How Can Governments Regulate the Latest Innovations?
The Experimental Era of the Internet of Things
How 3D Printing Could Save the Great Barrier Reef
AR Could Be the Future of Surgery
See More

More Than Just a Logo: The evolution of place branding
Parenting in the Age of Technology
The Role of Voice Recognition in Everyday Life
Smile! Here's how facial recognition is changing China
See More

What You Need to Know about AI in Advertising
The Billionaire Players in the Mars Space Race
The Empathy Economy and What It Will Mean in the Autonomous Age
Do You Want Automation with That?
See More

Sensitive Seating and What Your Desk Could Say about You
Your Desk Will See You Now
The Not-So Surprising Rise of UX
The Rise of Robots: How new AI employees will affect jobs
See More