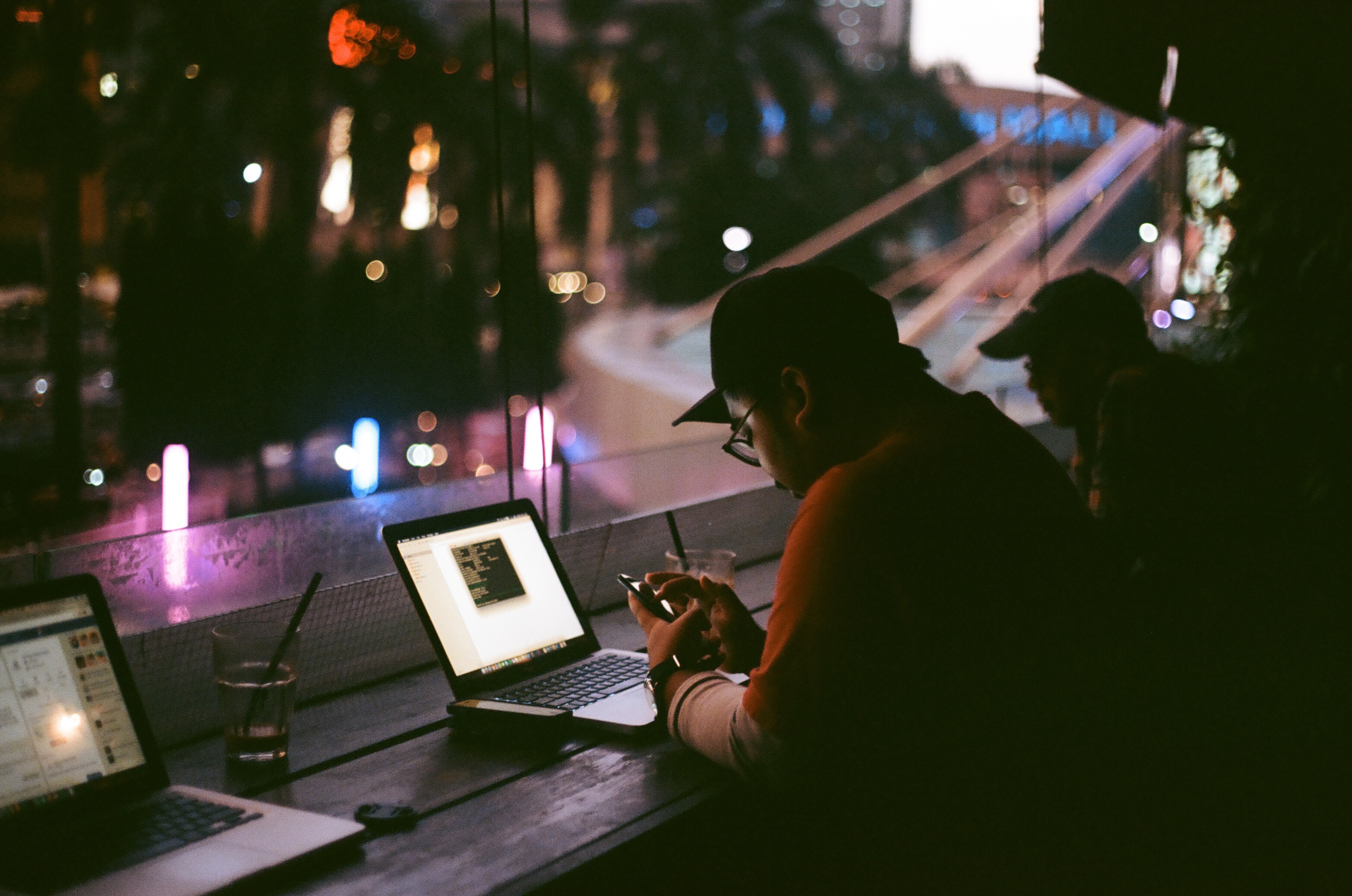 Advertisers! Is a Robot Coming to Take Your Job?

The rise of artificial intelligence and automation has been one of the most discussed and highly publicized topics when concerning the future of work. Indeed, it’s been a subject that V1 has continued to explore, and one that we have identified as one of four major trends that will most affect employment in the coming years.

V1 recently spoke with lead project manager and AI expert Isabel Perry of Byte London, a marketing technology agency. We were particularly interested in the impact that AI and automation are having on the advertising industry, as it’s a sector where creativity often meets with analytics. It’s also an area where AI is at its most innovative, with organizations investing heavily in technologies to better understand and communicate with consumers. Here, we learned that, as powerful as AI is becoming, a collaboration between human and machine is likely to be the most effective model in the advertising agency of the future.

One of the most pressing and immediate concerns surrounding Artificial Intelligence is the impact it will have on the job market. In 2017, the Occupational Information Network (O*NET) identified 70 occupations that have become between “moderately” and “highly” automated, ranging from travel agents to accountants. Unsurprisingly, many people are asking themselves how safe their job is.

Supposedly, the jobs untouched by the rise of robots are and will continue to be those that require human traits that machines find difficult to replicate, such as empathy and creativity.And those most in danger are in industries such as retail, manufacturing, transport and analytics.

An industry that represents roles from both of these sides is advertising. Creatives generate engaging, imaginative campaigns, and data scientists analyze and interpret statistics and trends in the market.

When V1 sat down with Isabel Perry – lead project manager and AI expert at Byte London –  she explained that AI’s greatest practical function in advertising currently is saving money through product and processes, and how that will affect the way agencies are set up.

“There’ll be a lot of money to be made by companies that use AI to save production costs, and that will be the area where it changes first,” says Perry. “If you were starting an agency today, it would make sense to have some sort of AI offering because people believe in the power of it, and also it enables you to do more than a human.”

In this vein, the creative roles within the industry are still safe. So far, most attempts by machines to engage with consumers are less effective than when done by a human counterpart. Take chatbots, for example. Their inability to understand complex linguistic traits like sarcasm and irony make it tricky to get a straight answer out of them – but they’re ubiquitous because they're scalable and cost-effective (there’s no way a team of humans could man the 100,000 bots on Messenger). According to Perry, whose expertise is in natural language recognition and bots, “Creativity is so far away from being machine generated, and I think it always will be.”

Perry says we don’t know how far away we are from the next big shift in AI. “Things are slower than we expect,” she says. But that doesn’t mean that change isn’t right around the corner. “It will just take a couple of those incredibly out-of-the-box, creative examples and case studies to make people see the potential of [AI].”

Perry isn’t oblivious to the concerns surrounding AI and its potential. However, she is optimistic. She believes strongly that the future lies in a symbiotic relationship that will create more possibility than problems. “The reality is, the most powerful combination is, and will probably always be, a human with a machine. We can easily worry that computers are coming and will do everything, but actually we will always need ideas or human empathy.”

As Perry explained, occupations that require a human touch go beyond those of traditional creative roles. Understanding and being able to implement long-term strategies are still very much in a human’s remit, as well as the necessity to work with cooperation and empathy in a team environment. As Perry said, the far-off implications of AI are still out of sight, but the next step will be one where our current roles are complemented by our robotic colleagues, rather than threatened by them.

Related Posts:
V1. Editions:
Culture & Trends
How AI in Advertising Really Works
The Rise of the Robo Advisor
The Role of Emotional Intelligence in the Age of AI
The Rise of Robotics and the Future of Human Employment

Technology
Automation
Marketing
Artificial Intelligence
Machine Learning
Society
2050: An insight into a new type of consciousness
How 3D Printing Could Save the Great Barrier Reef
Police Protection of the Future: Robots to the ready
Through the Lens: A look at the future of photography
See More

How Well Will Your Driverless Car Know You?
Teaching Robots the Do's and Don'ts of Morality
3D Printing and the Fight against Cancer
What’s Next? The Question of Live and Let Die.
See More

UX as a competitive advantage: An interview with Jessica Ivins
The Empathy Economy and What It Will Mean in the Autonomous Age
The Billionaire Players in the Mars Space Race
A New Blueprint for Funding Innovation
See More

How to Survive the Age of Automation
What’s Next with UX?
Need to disconnect? Technology can help you with that
The Human Touch: Role of humans in the future of translation
See More