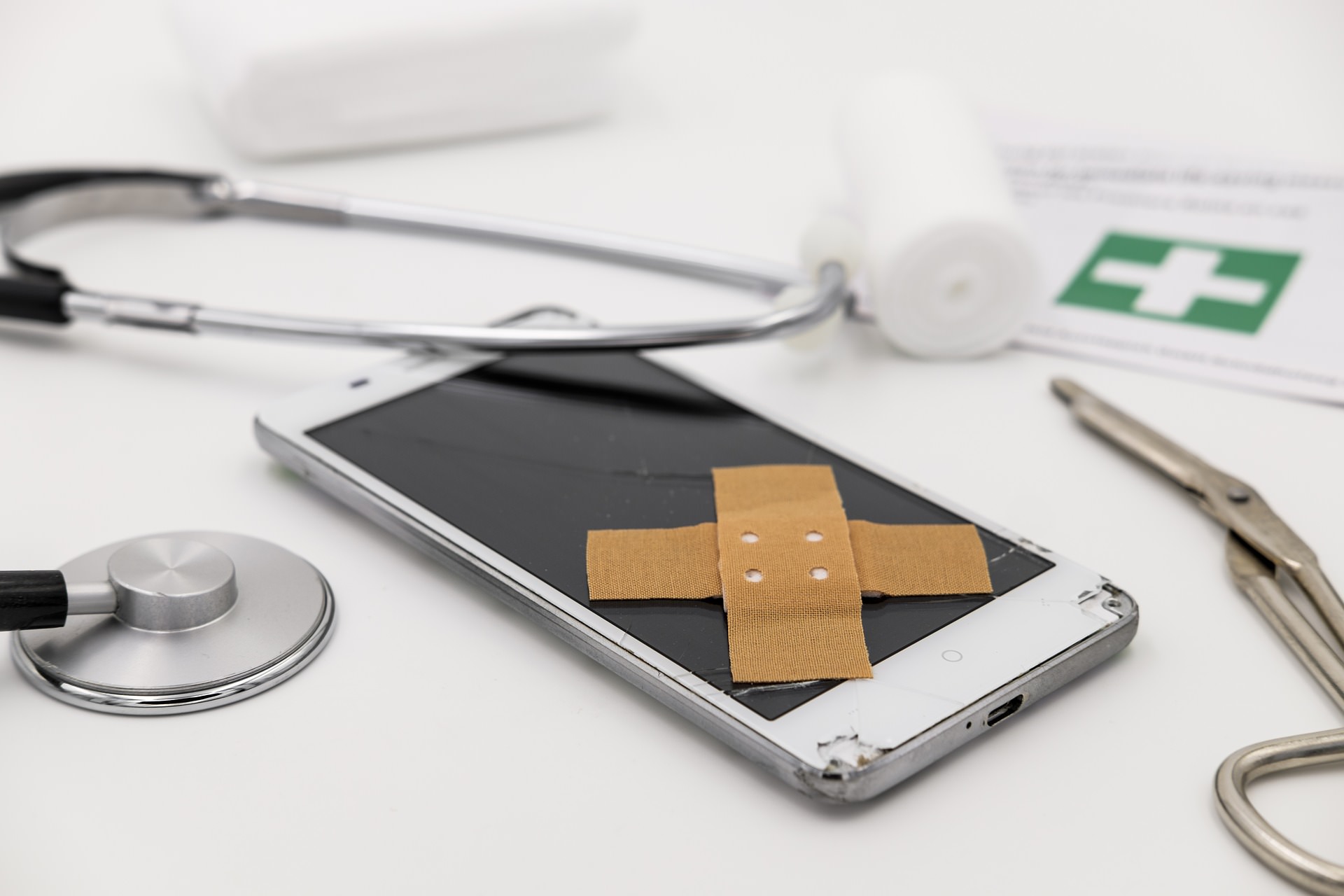 Need to disconnect? Technology can help you with that

Thanks to technology, it’s possible to be always connected, to have work, entertainment and endless cat pictures at your fingertips. As a result, the glow of the tiny screen for many is disrupting their work-life balance.

Thanks to technology, it’s possible to be always connected, to have work, entertainment and endless cat pictures at your fingertips. As a result, the glow of the tiny screen for many is disrupting their work-life balance. However, while technology has created the issue, it can also help resolve it, providing tools to help people better manage their time and device usage to more easily both focus and disconnect. It’s not just about being always connected, it’s about what makes for a healthy digital diet in an era of what many claim easily slips into technology overuse, and the tools that can help manage it.

The issue of work-life balance has been increasingly rising to the surface, says Dr. Rita Men, associate professor of public relations at the University of Florida. That’s in large part because the next generation of employees is calling for it, she explains. They’re demanding a different work-life balance than their predecessors, as they value on the whole a schedule with more flexibility, the ability to work remotely, and opportunities for personal growth and advancement.

However, this demand for flexibility and remote work provides both additional freedoms and also challenges, as it means employees have their devices at their fingertips at all times, as opposed to the more traditional 9-5 job. There’s no such thing as turning off the computer and disconnecting when employees leave work. Rather, companies give their employees smartphones, and the worker is expected to be able to respond at a moment’s notice. That makes technology overuse – where people glued to their devices put them before friends, family and even work responsibilities – a real possibility.

Chaya Cooper, founder and chief product officer at Click2Fit (AI virtual stylist software for retailers), says attitudes toward muting a ringing phone or a buzz from a text are changing. People are confidently setting aside different portions of the day for different tasks, and becoming more productive as a result, she explains.

“Even traditional work settings no longer celebrate being so connected. The disruption of notifications from Slack, text messages and email significantly increases our cognitive load, which impacts our productivity and quality of work,” notes Cooper.

People are as a result trying to move away from the idea of being “constantly on” that comes with email, chat, Slack, Facebook Messenger, text and Twitter, she says. “You can’t actually get anything done in between them. You think you are, but you’re not.”

A recent Udemy survey of more than 1,000 US workers in full-time jobs found that 75 percent of people feel less focused and procrastinate due to digital notifications, and that technology users spend almost an entire eight hours a week checking notifications. Refocusing after an interruption, meanwhile, can take up to 23 minutes, according to a UC Irvine study.

Enter the tools trying to help. Messaging tool Slack has Do Not Disturb mode, which lets users set a Do Not Disturb icon, and then keeps them from getting notifications or hearing related sounds. At the end of the pre-set time, Slack provides a summary of the updates.

And app Off the Grid locks a user’s phone, sending custom auto-reply messages to people if they try to reach the user. Users who decide to access their phone before the set time expires get a video ad or fee based on use.

The concept of taking a break from the barrage of messaging one way or another is gaining steam, with a Forbes article among others purporting that putting down the phone and spending time in person can make for better ideas, relationships, business and health.

In 2017, France put a law in place that gave workers the “right to disconnect,” which said companies with more than 50 employees had to have rules in place to limit email expectations on off-hours time.

And a bill proposed in March 2018 would make it illegal in New York City for companies with more than 10 employees – excluding government employees – to make it mandatory for them to respond to messages after hours.

Cooper is among those seeing changes to people’s habits. Workers are increasingly not responding to emails during off hours, or not checking their emails as regularly when it is a time they are going to be off their phones, she says. They’re taking time to focus, and also time to decompress, she explains.

“Eight years ago, people were so glued to their devices that restaurants had to put out signs explicitly instructing patrons to put their phones down and focus on the people they were with. You don’t tend to see that behavior so much anymore. I think that everyone has become aware of how rude it is to not pay attention to the people in front of you, as well as the negative effect that behavior has on your personal and professional lives and emotional well-being.”

Meanwhile, e-mail scheduling tools such as Streak, Boomerang or Mixmax’s ‘Send Later’ feature have gone mainstream, she points out. “One of the key areas I'm seeing a change is our attitudes toward being ‘always on’. Whereas in the past you wanted to be perceived that way, nowadays it’s just as likely to be viewed negatively. While I may still write a business-related email at 3am, I'll have it delayed to send at 8:30am,” she says.

Apps are being rolled out to help people manage their device time. Apple’s Screen Time app, for example, gives users weekly reports on their app usage. They can use it to set limits for the time they use the apps and also control how long kids spend on the devices. The move came at the urging of an activist investor calling for more responsibility on Apple’s part with regard to phone use’s impact. Similarly, time tracking app Moment calculates for people how long they’ve used their iPhone and iPad each day. Launched in 2014, it reportedly has some five million users.

In addition to users taking timing into their own hands, companies have an important part to play in this movement as well, Larry Rosen, professor emeritus of Psychology at California State University, Dominguez Hills, tells V1. Being socially appropriate with regard to both customers and employees as a business is the way of the future, he says.

“I think the fact they are being a socially appropriate company will actually enhance their reputation and enhance their productivity rather than diminish it,” Rosen explains.

“You want more productive employees but you also want more productive clients, meaning you want them to want what you have, not force them to take what you have. We live in a world right now where we’re being inundated by all of this. We’re simply being inundated by all of this deluge of stuff that is coming from companies demanding our attention.”

The next generation of employees is pushing for a new work-life balance, and technology will help make it more possible than ever before. From apps that alert users to the amount of time they’ve been immersed to app blocking programs, new solutions are emerging to address the elements of the always-on work style that many find problematic. In a culture that’s increasingly valuing the ability to disconnect and searching for ways to increase automation to keep the conversation going even while they’re not available, technology will be key to leading this next generation toward a better balance for them.

Related Posts:
V1. Editions:
Work
Agility in business, and the pros and cons of remote teams
Building a strong work culture with a remote team
Overcoming the issue of remote work and boundaries
Where’s my office? A guide to the Remote Worker’s space

Society
Technology
Future of Work
Remote Work
Through the Lens: A look at the future of photography
The Fridge Says It’s Out of Milk
Facebook Wants to Share Your Thoughts from Your Brain
Amazon and the Convenience Crusade
See More

Infrastructure and Society: The driving force behind progress
Are High-Tech Toys the Key to Educating the Next Generation?
The AI That Recreated Obama
Technology Driving Diversity in Dating
See More

Do You Want Automation with That?
Beyond the Bags: Shopping changes its focus
Building a strong work culture with a remote team
Agility in business, and the pros and cons of remote teams
See More

The Rise of Robots: How new AI employees will affect jobs
Where’s my office? A guide to the Remote Worker’s space
Need to disconnect? Technology can help you with that
The Human Touch: Role of humans in the future of translation
See More