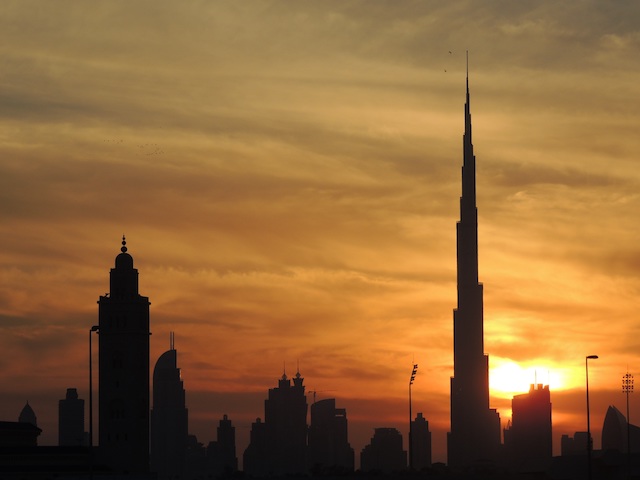 2030 and the City That 3D Printing Built

Stay tuned for a partially printed city. A quarter of buildings in Dubai, United Arab Emirates, are set to be 3D-printed by 2030, in a move aimed at cutting construction and labor costs while also reducing waste and increasing speed.

A quarter of buildings in Dubai, United Arab Emirates, will be 3D-printed by 2030, according to a new initiative set out by the UAE’s prime minister, Sheikh Mohammed bin Rashid Al Maktoum.

Dubbed the Dubai 3D Printing Strategy, the scheme is designed to cut construction and labor costs while also reducing waste. A government website states it will also “redefine productivity”, as 3D-printed buildings take just 10 percent of the time it takes to construct one by traditional means.

The strategy will focus on a range of areas such as residential villas, humanitarian buildings and retail stores. Starting in 2019 with a 2 percent rise, the plan is to scale in order to reach the city’s 2030 objective.

“The future will depend on 3D printing technologies in all aspects of our life,” said Sheikh Mohammed at the official launch of the Dubai 3D Printing Strategy, as reported by Gulf Today. “This technology will create added economic value and benefits worth billions of dollars during the coming period. We should have a share in this growing global market.”

According to the scheme’s official website, the global market for 3D-printed technology is expected to reach $300 billion by 2025, compared with $3.7 billion in 2016.

Along with construction, the initiative will develop the technology for use in medicine and consumer products. Plans for 3D-printed bones, organs and teeth as well as surgical tools and hearing aids are underway.

3D-printed consumer items such as jewelry, household goods and even fast food are also part of the vision. Across all three sectors, the initiative aims to reduce labor by 70 percent, costs by 90 percent, and production times by 80 percent.

Technology
3D Printing
VR and the Dawn of a New Artistic Era
Fitness of the Future: Charge your phone on the move
Emoji in business. When is it okay?
How Blockchain Will Make Sure You’re Still You
See More

The Top Tech Trends in Sports and How They Affect the Fans
More Than Just a Logo: The evolution of place branding
Infrastructure and Society: The driving force behind progress
The Smart Schools of the Future
See More

The Billionaire Players in the Mars Space Race
A Disruptive Match Made in Heaven
Beyond the Bags: Shopping changes its focus
Agility in business, and the pros and cons of remote teams
See More

The Human Touch: Role of humans in the future of translation
The Not-So Surprising Rise of UX
The Sharing Economy Could Still Be Either Boom or Bust
The Rise of Robots: How new AI employees will affect jobs
See More