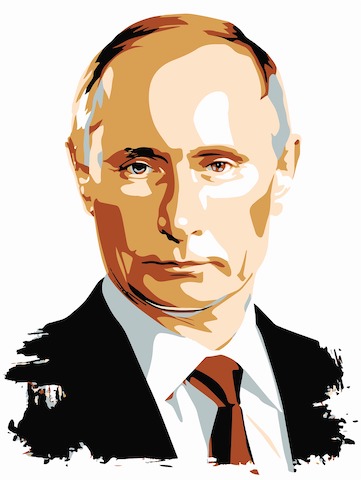 Russian President Vladimir Putin suggested that AI leadership will drive much of the political future. His comment hit a nerve across social media –

The key to ruling the world lies in artificial intelligence, according to Russian President Vladimir Putin. In a video address in September 2017 to Russian students from 16,000 selected schools, the former KGB man said, “Artificial intelligence is the future, not only for Russia, but for all humankind ... Whoever becomes the leader in this sphere will become the ruler of the world.”

The statement provoked a wave of responses across social media, perhaps most notably from Tesla CEO Elon Musk, who wrote on Twitter, “China, Russia, soon all countries w strong computer science. Competition for AI superiority at national level most likely cause of WW3 imo.”

Despite Putin’s provocations, Russia is actually quite far behind in the race to master AI according to Gregory C. Allen – an adjunct fellow at the Washington, DC-based think tank Center for a New American Security. Writing for CNN shortly after the Russian president’s address, Allen claimed “Russia's pursuit of AI domination is unlikely to come in the form of generating AI technological breakthroughs.”

In actuality, it’s China and the US that are the current frontrunners in the machine learning arena; the former has even announced its ambitions to become the global leader in AI research by 2030.

It’s no surprise that Musk was so quick to offer his two cents on the latest AI news. The South African-born billionaire keeps a close eye on the latest advances in machine learning, having invested $10 million in the Future of Life Institute in 2015 – an organization working to mitigate the potential risks of AI– and an undisclosed figure during the formative years of Deepmind – one of the foremost AI companies in the world.

Musk is also one of 116 technology experts to have called for a ban on AI based weapons. In an open letter to the United Nations signed in August 2017, the group argued that new regulations are required to avoid a “third revolution in warfare.”

The validity and severity of Putin’s enigmatic remark have yet to be seen, but with advances in AI happening at such a fast rate, and major global powers investing so many resourcing into its development, the notion of AI’s potential power on the political stage must be taken seriously.

Technology
Politics
Blockchain Is More Than Just a Buzzword
Branding a Nation: Marketing on a global scale
Drone Delivery: Plotting a path to the US
How Eggplants Are Saving the Autonomous Car Industry
See More

Infrastructure and Society: The driving force behind progress
The Problem with Energy and Bitcoin
The Top Tech Trends in Sports and How They Affect the Fans
Are High-Tech Toys the Key to Educating the Next Generation?
See More

What You Need to Know about AI in Advertising
A New Blueprint for Funding Innovation
Disruption, Automation and the Future of Wealth Management
A Disruptive Match Made in Heaven
See More