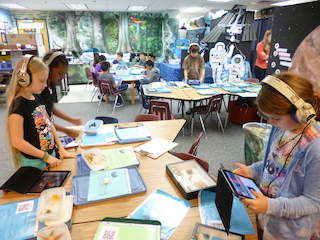 Are High-Tech Toys the Key to Educating the Next Generation?

American kids need to get in gear when it comes to the technology know-how they need to remain competitive in a global economy. Toys might hold the answer to helping them get there.

American kids need to get more tech savvy – and fast. According to a study from the Program for International Student Assessment, the US ranked 38th out of 71 countries in math and science for 15 year olds. And the reason could be down to the toys our children are playing with.

Roughly half of the highest paying jobs in America now requiring coding skills, so it’s more important than ever to be focusing on technology foundations when it comes to education. However, schools in the US don’t seem to agree, with only about one-tenth of high-schools offering computer science courses. This is a far shout from Europe, where 15 countries have integrated coding into their national curriculum.

So, who will come to the rescue of America’s next generation of workers? Well, it could be a fast-rising trend in the toy industry. One of the latest swings in the market is science, technology, engineering and math (STEM) toys, with behemoths such as Fisher-Price and Toys”R”Us offering whole ranges of these products to educationally-minded parents. Examples include an electronic building LEGO kit where kids can program their own robots, and a board game called Code Monkey Island that teaches children the fundamentals of coding in the old-fashioned, analog way (i.e. without the help of robotics or apps).

Apple CEO Tim Cook is a strong advocate for more tech-focused education in schools, in 2016 suggesting that coding should be taught like a “second language” to all children. And while we may still be a long way from programming taking precedence alongside core curriculum, initiatives such as Wonder Workshop are now being taught in more than 150 schools across the country. So, with the combination of high-tech toys and progressive education ideas, it may not be long before American kids are fluent in coding after all.

The AI That Recreated Obama
Letting Big Data Be the Judge May Be Criminal
ShotSpotter: The AI tackling gun crime in America
Innovation and Its Impact on the Healthcare Industry
See More

Building a strong work culture with a remote team
Beyond the Bags: Shopping changes its focus
The Billionaire Players in the Mars Space Race
What You Need to Know about AI in Advertising
See More

AI and recruiting
The Myths and Misconceptions around UX
The Future of the Office: How millennials are driving change in the workplace
The Sharing Economy Could Still Be Either Boom or Bust
See More