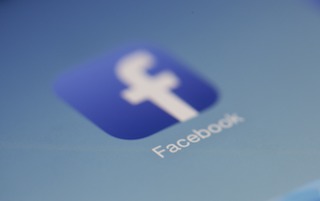 Feel like Facebook is inside your head? It might be soon. The social media giant is working on scanning thoughts and translating them to text. There are still some privacy issues waiting in the wings, though.

Facebook may be close to developing a breakthrough technology that could pluck thoughts straight from your head and put them on a screen. Speaking at Facebook’s annual global developer conference in April of last year, the head of the mysterious Building 8, Regina Dugan, unveiled plans for the “direct brain interface” that the social media giant has been working on since the end of 2016.

Although still very much in the research stage, Dugan suggested that the technology could work by scanning the brain 100 times per second, picking up a user’s silent thoughts and translating them into text. The goal of this quasi-telepathic tech is to act as a “speech prosthetic” to help people with disabilities more easily access the Internet, and to ultimately open up new possibilities for consumers to interact with technology.

Facebook can’t take all the credit for the “brain mouse for AR”, as Dugan refers to it. Researchers at Stanford University have already created a similar system that allows a paralyzed patient to type out eight words a minutes using only her thoughts. However, that example uses an implanted electrode array and is not exactly what Facebook has in mind. Instead, they’re hoping to build a technology that will allow them to create a non-invasive, faster equivalent that could see users type upward of 100-words per minute.

Undoubtedly, this latest innovation will come under attack as a morally dubious prospect, particularly as Facebook continues to battle allegations of breaching privacy protocol. And it’s unlikely that Dugan’s assurances that the technology will only share those thoughts you choose to make public will assuage the company’s biggest critics.

However you feel about this latest offering of left-field, forward thinking, with Dugan and her 60-strong team still in the early stages of research, it may be a while yet before you see your inner-monologues unraveling on-screen.

Innovation
Social Media
Technology
BCI
Privacy
Would You Chow Down on a Robot-Made Salad?
The Trump Administration’s Plans for 5G Internet
Coding for Kids
Dubai’s Mission to become the First City Built on Blockchain
See More

A New Technological Power in Global Politics
Digital Currencies and the Death of Cash
The Microchipped Employee and the Question of Privacy
What’s Next? The Question of Live and Let Die.
See More

A Disruptive Match Made in Heaven
Beyond the Bags: Shopping changes its focus
A New Blueprint for Funding Innovation
Disruption, Automation and the Future of Wealth Management
See More

AI and recruiting
The Not-So Surprising Rise of UX
Where’s my office? A guide to the Remote Worker’s space
The Rise of Robotics and the Future of Human Employment
See More