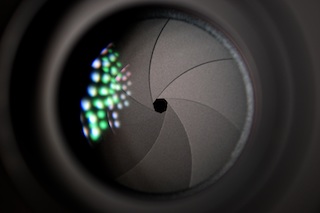 Through the Lens: A look at the future of photography

2D lenses are coming, and they could change photography as it’s understood today. Its implications range far and wide, including for smartphones, which could become thinner as camera thicknesses shrink.

2D lenses could be commercially available within five years, according to Ali Hajimiri, professor of Electrical Engineering at The California Institute of Technology. This latest breakthrough is seen as a major step in a project that could change the world of photography.  The research illustrating this point, published in June 2017, marks an improvement from last year, when Hajimiri’s team managed to create a 1D camera capable of detecting images in a line, but unable to create full pictures.

Unlike traditional camera lenses, which are shaped to bend incoming light, focusing it onto a film or image sensor, the cutting-edge technology from Caltech manipulates the light using an ultra-thin optical phased array (OPA) to create an image – essentially an OPA replicates a traditional camera’s optics using a digitalized, “lens-less” equivalent.

At this stage of researching the lens-less OPA, results are nowhere near up to commercial standard, with the images captured at far too low of a resolution. But the system does provide a proof of concept that suggests a new approach to camera technology. And for Prof. Hajimiri, the applications are endless.

"The ability to control all the optical properties of a camera electronically using a paper-thin layer of low-cost silicon photonics without any mechanical movement, lenses, or mirrors, opens a new world of imagers that could look like wallpaper, blinds, or even wearable fabric," says Hajimiri.

One of the most obvious, commercial applications will be for smartphones, whose depths are currently limited by the size of the camera. Once this technology has reached its potential, there could be no limit to the thinness of a phone.

And with Hajimiri and his team currently working on producing much larger receivers for their “lens-less OPA camera”, which will result in higher sensitivity and better resolution, it won’t just be smartphone giants reveling in the possibilities to come. The technology could be applied to astronomy, medicine and even espionage. Many other industries too will be dreaming up weird and wonderful ways they can utilize the coming of the 2D camera.

Future
The Government’s Struggle against Cutting-Edge Innovation
Babel Fish is now a reality with translation direct into your ear
Facebook Wants to Share Your Thoughts from Your Brain
AI, Data and the Battle against Climate Change
See More

The Empathy Economy and What It Will Mean in the Autonomous Age
A Disruptive Match Made in Heaven
Beyond the Bags: Shopping changes its focus
Disruption, Automation and the Future of Wealth Management
See More

The Human Touch: Role of humans in the future of translation
The Rise of Robotics and the Future of Human Employment
Engage: A look at remote work in 2019
The Sharing Economy Could Still Be Either Boom or Bust
See More