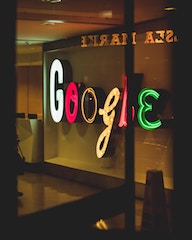 Google’s new earbuds are trying to take translation by storm – they’ve got access to Google Translate software, which has some 40 languages available. And they’re not the only ones. Microsoft is also trying to make on-the-go translation a reality.

Google’s latest offering could save hapless tourists from being lost in translation while abroad. The Silicon Valley tech giant unveiled Google Pixel Buds in October of last year. The earbuds, which connect to your smartphone via Bluetooth, are essentially Google’s answer to Apple’s AirPods. But there’s something that Google’s earbuds can do that Apple’s can’t: Translate spoken language in real time.

With direct access to Google Translate software, Pixel Buds users have access to 40 different languages. All you have to do is to tell your Pixel phone which language you’d like to translate from – the earbuds will pick up the nearby speaker via its built-in mics and translate in your chosen language directly into your ear. Google exhibited the technology on stage in an English-Swedish conversation, to an impressed audience.

This isn’t the first time that Google has explored innovative translation tools. In May 2014, it acquired Words Lens – a mobile app that translates languages using a phone’s camera. Google merged the software with Google Glass so users could access real-time visual text translations.

Other companies are also working on ways to break down global language barriers. Microsoft has incorporated text-to-text translation into Skype since 2014. The following year, Microsoft developed the software so that it could perform voice translations in real time between users. It is currently able to translate nine different languages.

And that’s not all. In 2013, Microsoft’s Kinect kit – a line of motion sensing input devices that can be used with Xbox video game consoles and Microsoft PCs – began translating sign language in real time, a major breakthrough for the deaf community.

Google’s Pixel Buds are a huge step toward turning the Babel Fish of The Hitchhiker’s Guide to the Galaxy from fiction to reality. And with interest in translation accruing from social media giants such as Facebook and Twitter as well, it may not be long before the next innovation in linguistics comes along.

Innovation
Translation
Technology
Machine Learning
Coding for Kids
How Can Governments Regulate the Latest Innovations?
The Experimental Era of the Internet of Things
The Home of the Fourth Industrial Revolution
See More

CEOs: Technology to look out for in 2018
Disruption, Automation and the Future of Wealth Management
Building a strong work culture with a remote team
Agility in business, and the pros and cons of remote teams
See More

The Future of the Office: How millennials are driving change in the workplace
Overcoming the issue of remote work and boundaries
The Human Touch: Role of humans in the future of translation
Where’s my office? A guide to the Remote Worker’s space
See More