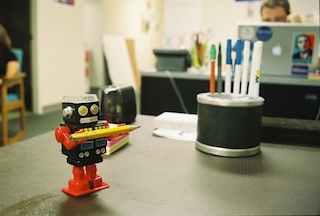 Alexa, Make It So

From Google and IBM to Amazon, companies are racing to see whose voice-enabled virtual assistant will wiggle their way into consumers’ lives -- and where it makes sense or is helpful to have them.

The race is on to see who can make the best voice-enabled virtual assistant. Google and IBM have their hats in the ring alongside Amazon’s well-known Alexa, which seems to be on the cusp of adding virtual secretary to its list of abilities.

Amazon’s virtual assistant, accessed largely through Amazon devices but also usable with compatible third-party devices, is making her way into cars, watches, thermostats and speakers, to name a few. She can play your favorite music, read you the news and plan out your day. And that seems to be just the start.

But while automakers, consumer products makers and others have been keen to add these capabilities – who doesn’t want to talk to their coffeemaker? – some question how eager people will be to adopt virtual assistants in certain sectors of their lives. For instance, while Ford and Volkswagen have said that they would integrate Alexa into its vehicles, this type of onboard technology might prove to be a distraction. Likewise, concerns have been raised about privacy and security when bringing virtual helpers into the family home.

That said, Alexa alone is expected to bring Amazon $10 billion in revenues alone by 2020, according to RBC Capital in 2017.

Business
Voice Recognition
Machine Learning
Make No Bones about It: The story of cryogenics
How Blockchain Will Make Sure You’re Still You
China’s AI Power Play
Data, Startups and the Future of Banking
See More

Cars Are Tracking Your Every Turn
More Than Just a Logo: The evolution of place branding
The Role of Voice Recognition in Everyday Life
The Microchipped Employee and the Question of Privacy
See More

Beyond the Bags: Shopping changes its focus
A Disruptive Match Made in Heaven
The Billionaire Players in the Mars Space Race
A New Blueprint for Funding Innovation
See More

What’s Next with UX?
How to Survive the Age of Automation
The Advertising Agency of the Future
The Myths and Misconceptions around UX
See More