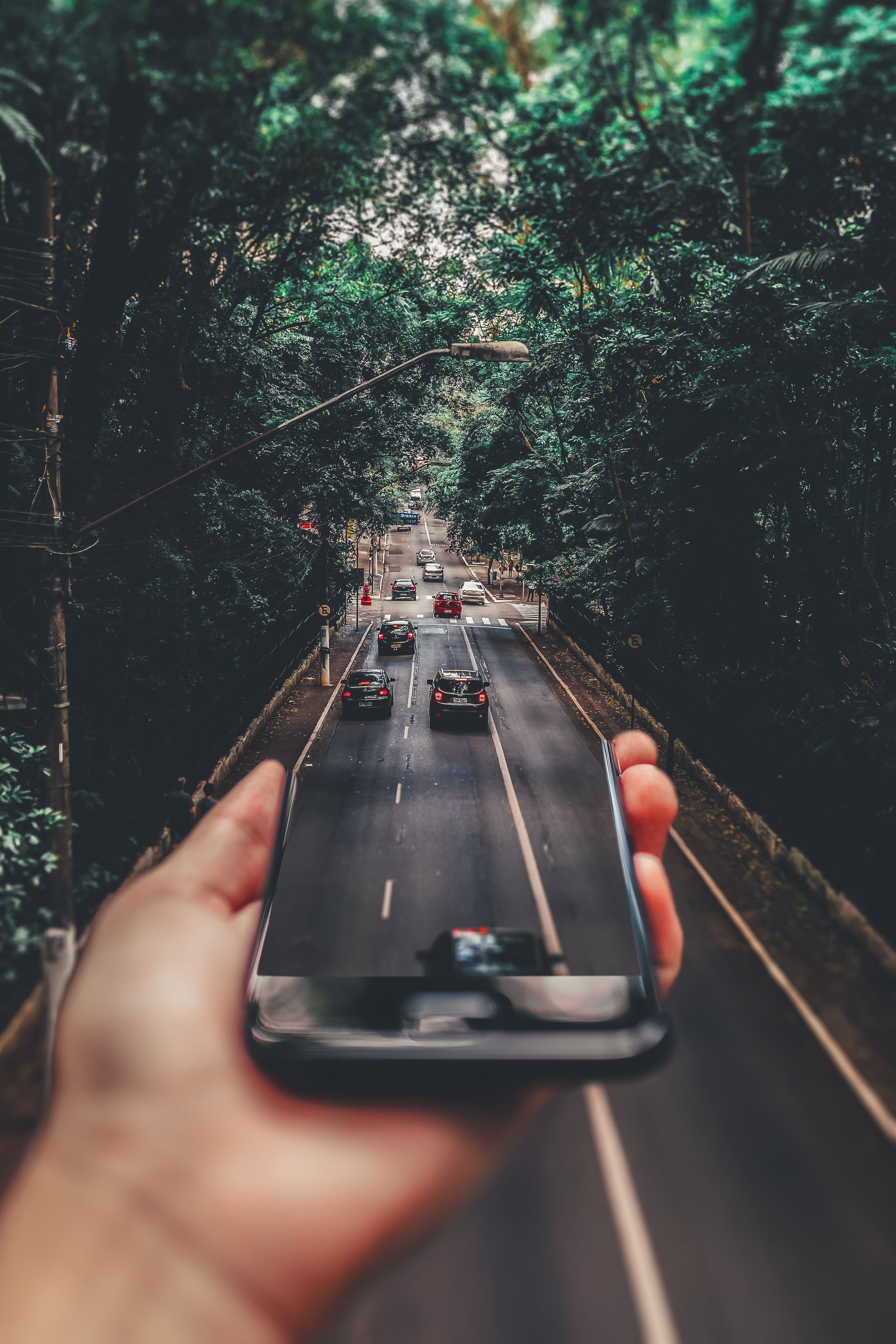 Driverless cars with a human touch

Following a string a PR crises and wavering public support for driverless cars, some automotive companies are seeking a human compromise

Automotive companies have spent billions of dollars pursuing driverless car technology in recent years. However, though the technology has been evolving, it today still requires the human touch, both for safety reasons and to reassure consumers after ongoing glitches being reported in mainstream media. The next step in the driverless car revolution could be a collaboration between human operators and autonomous technology. Manufacturers hope that such a move will not only improve road safety across the board, but also make driverless cars more palpable to the public.

The problem with driverless cars

Driverless cars have been celebrated as the solution to some of the biggest problems facing society. Researchers including the National Highway Traffic Safety Administration and the Yale School of Forestry & Environmental Studies have suggested the technology could go on to prevent up to 90 percent of road traffic accidents (and, in the process, save the US economy hundreds of billions of dollars), drastically reduce carbon emissions and eliminate traffic.

However, in some ways, the autonomous car has created even more problems than it’s solved, at least so far. In March last year, one of Uber’s driverless cars struck and killed a woman in Arizona – it was believed to be the first pedestrian casualty associated with self-driving technology. The first driver casualty took place in May 2016, when the vehicle’s operator put his Tesla Model S into autopilot mode – the car’s sensors failed to recognize a white 18-wheel truck and trailer crossing the highway, and crashed into it at full speed.

Some experts claim that the majority of accidents involving self-driving cars are caused by humans rather than the technology itself. A study by Axios that examined incidents involved in self-driving cars in California between 2014 and 2018 found that when the vehicles were in autonomous mode and driving on their own, humans were responsible for 37 of the 38 incidents that occurred.

Even so, public and government sentiment has turned against driverless car technology in recent times. In 2018, 52 percent of Americans said they would never want to use a driverless car, while nine percent said they would do so as soon as the technology was certified by government auto-safety regulators, according to a Gallup poll that surveyed a random sample of 1,503 US adults, aged 18 and older.

Meanwhile, a bill known as AV START, which would allow the deployment of up to 100,000 self-driving vehicles on public roadways, was dealt significant blows last year – it was put on hold in February, and again more recently when an effort to attach the bill to the reauthorization of the Federal Aviation Administration was defeated. Both times, the legislation was held back by a handful of Democrats citing safety concerns over driverless car technology.

Recently, autonomous vehicle manufacturers have adopted a more cautious tone when discussing the technology’s future. In 2015, Tesla CEO, Elon Musk, assertively claimed that the company’s cars would be fully autonomous within two years. In October last year, Tesla removed the promise of a full self-driving option for its vehicles from the company website’s order page. And at this year’s Consumer Electronics Show (CES) in Las Vegas, Nissan – one of the technology’s main proponents – said “true autonomous cars will not happen within the next decade.”

The solution to self-driving technology’s problem could be a return to the emphasis on semi-autonomous cars. Seen initially as a stepping stone towards fully driverless cars, semi-automated vehicles can steer, accelerate, decelerate and change lanes without human intervention, but rely on a human operator to take control for more complicated maneuvers and emergencies.

It was, however, a compromise that fell out of fashion around 2012, when manufacturers including Google’s Waymo declared they would bypass semi-autonomous technology entirely and shoot straight for full autonomy. Writing on Medium in 2015, Waymo reflected on the decision, saying they had confidence in their fully-autonomous technology, and that semi-automated driving presented a new issue known as “The Handoff Problem” –  the concern that drivers won’t stay alert when a car is driving itself to take full control when necessary.

Manufacturers seem acutely aware of people’s concerns. It was one of the big features at this year’s CES, which has become well-known for its annual displays of the latest self-driving technology.

Veoneer, a Swedish manufacturer of software, hardware and systems for autonomous driving, showcased LIV 3.0 – a research car that focuses on building trust between vehicle and driver. The car deals with “The Handoff Problem” by taking over from the human driver when they are deemed by the vehicle’s AI-powered sensors to be too distracted, confused, angry or even happy. The sensors interpret head and face position, as well as pupil size.

Likewise, Toyota is working on semi-autonomous technology, named Guardian, that it showcased at this year’s CES. Like Veoneer’s LIV 3.0, Guardian allows the human driver full control over the vehicle, but the technology would assume control when it detects a potential incident, in which case it would swerve, slow or stop entirely to avoid the danger. Toyota is working on Guardian alongside its full autonomous driving system, known as Chauffeur. However, while Toyota’s Guardian system will be installed in some car models “soon,” according to Gill Pratt, who leads the manufacturer’s self-driving research, Chauffeur is still years from commercialization. Toyota, meanwhile, cites public acceptance and safety concerns as major roadblocks in making the technology available to the public.

Fully autonomous technology may have had its setbacks in recent years, but companies continue to push ahead towards the goal of commercializing driverless cars. In December 2018, Uber resumed testing its self-driving vehicles, nine months after the fatal accident in Arizona; Waymo continues to test its fully-autonomous vehicles, and in October of last year, its fleet passed the ten million mile mark on public roads; and Ford maintains its optimistic objective of having a fully autonomous taxi service ready for consumers by 2021.

In the meantime, manufacturers will likely continue working on improving the safety of autonomous vehicles, and proving their efficacy in an attempt to win over a skeptical public.

However, that doesn’t mean there will be no place for human-operated vehicles in the future. Toyota’s Pratt believes people will continue to drive simply for the love of driving, and the freedom it allows.

"We humans have an inherent need for autonomy, which is much stronger than our desire for autonomous cars," Pratt said in a recent statement. "It's about the sheer delight of mobility when a child first learns to stand-up and make its way across a room without the help of mom or dad. And it is the joy of just going for a drive, behind the wheel of a car that can accelerate, brake and turn as if it is an extension of your body."

It would seem, then, that the future of driving doesn’t yet belong to machines, and that humans will still have at least one hand on the wheel. And for manufacturers to deliver on their promises of better, safer roads, the next generation of vehicles will likely be both human and machine operated, for the coming years at least.

Related Posts:
V1. Editions:
Culture & Trends
How Well Will Your Driverless Car Know You?
How Eggplants Are Saving the Autonomous Car Industry
How AR Could Usher in the Age of the Autonomous Vehicle
VR/AR: More than just toys

Automation
Transportation
AR
Artificial Intelligence
Innovation
Emoji in business. When is it okay?
Babel Fish is now a reality with translation direct into your ear
2050: An insight into a new type of consciousness
How Do You Watch Your Sports?
See More

Do You Want Automation with That?
A New Intelligence in the Boardroom
CEOs: Technology to look out for in 2018
What You Need to Know about AI in Advertising
See More

Home Sweet Office
The Rise of Robotics and the Future of Human Employment
The Role of Emotional Intelligence in the Age of AI
Need to disconnect? Technology can help you with that
See More