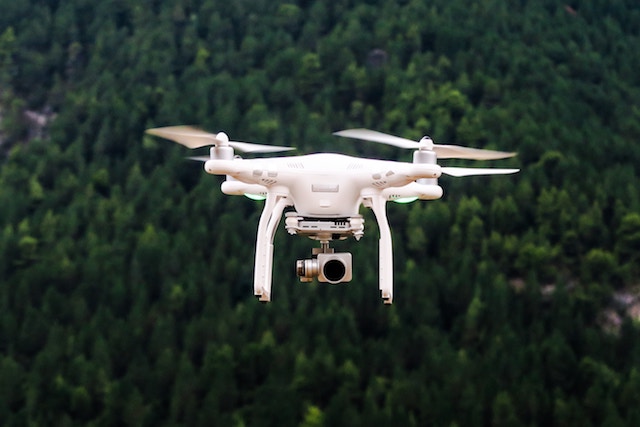 Police Protection of the Future: Robots to the ready

Watch out, Dubai – small, autonomous vehicles are taking control of your police force. Equipped with drones to get in and out of tight spaces, the cars can drive themselves, or be controlled by police officers from afar. Singapore-based Otsaw Digital is making it possible.

Small autonomous vehicles are now policing the streets of Dubai. The cars, dubbed O-R3s, are designed to track and identify suspects using in-built facial recognition technology. Each vehicle comes paired with a drone to make sure it can get to any small or hard-to-reach areas.

While machine learning enables the cars to drive autonomously, police officers can also control them from afar. Manufactured by Singapore-based Otsaw Digital, the O-R3s have been embraced by the Dubai police as a way of helping, rather than replacing, human officers.

“We seek to augment operations with the help of technology such as robots,” said head of the Dubai police Abdullah Khalifa Al Marr in a statement in June of last year. The plan is for robots to make up 25 percent of the city’s total police force by 2030.

In May, the Dubai police employed its first humanoid robot to boost security around malls and tourist attractions. Like the O-R3, the robot, (named “RoboCop”) can read facial expressions and identify suspects.

People can talk to the bilingual, 5-foot-5 tall robot, or interact with it via an in-built built-in touchscreen. The idea is for residents to liaise with RoboCop to report crimes, find out information and pay fines. A 10-foot tall version that can move up to 50 mph is also being designed.

Dubai’s investment in policing robots is part of its broader development towards becoming “the future city.” According to the city’s tourist board, Visit Dubai, the Roads and Transport Authority has announced its plans for passenger drones to transport people across the city by air, and the government has also stated its aim for a quarter of the city’s buildings to be 3D-printed by 2030.

Future
Robotics
A Translator’s Steady but Skeptical Relationship with Technology
VR/AR: More than just toys
This Startup wants to upload your brain to the cloud
The Fridge Says It’s Out of Milk
See More

Gen Z: Young people who are all text and no talk
3D Printing and the Fight against Cancer
A New Technological Power in Global Politics
The Smart Schools of the Future
See More

The Empathy Economy and What It Will Mean in the Autonomous Age
The Billionaire Players in the Mars Space Race
A New Intelligence in the Boardroom
UX as a competitive advantage: An interview with Jessica Ivins
See More