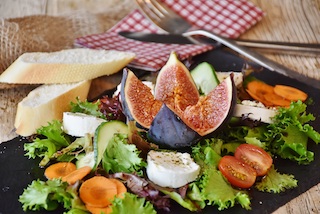 Would You Chow Down on a Robot-Made Salad?

The cafeteria just got more interesting. A robot could be serving up salads in places where it’s not possible to staff service around the clock. Sally the Salad Robot is giving it a try.

As we move into an AI-enhanced, robotic world, savvy consumers will need to do a little work to differentiate between new applications with value and an existing system that’s had the word “smart” smashed onto it. Although at first glance it may appear to be a stylish vending machine, Chowbotics is delivering value with Sally the Salad Robot.

Developed with airport concessions, company cafeterias, hospitals and other venues that can’t or won’t staff food service around the clock, Sally’s guts consists of a number of canisters filled with distinct vegetables. Enough canisters, in fact, to allow over 1,000 different salad creations, whether pre-set or customized by a user.

The step forward over existing technology is obvious. Though a refrigerated vending machine doesn’t necessarily need an attendant on site, pre-packaged salad need to be compiled off site, delivered as is, and with different ingredients breaking down at different rates, one bad addition can spoil the whole package. Sally’s individual canisters can control spoilage, monitor breakdown, and add ingredients sensibly, creating better, fresher salads.

It’s not just the technology that needs to be smart. The concept, deployment, and execution need to be smart as well, and Sally is making strides there as well. Additionally, the simplicity and potential ubiquity of the machines should help consumers become more and more comfortable with robotics, speeding future development and deployment across other sectors. With technology firms like Twitter giving Sally a shot in their cafeterias, it’s only a matter of time.

Innovation
Automation
Robotics
Artificial Intelligence
Machine Learning
Fitness of the Future: Charge your phone on the move
Babel Fish is now a reality with translation direct into your ear
Alexa, Make It So
Emoji in business. When is it okay?
See More

More Than Just a Logo: The evolution of place branding
Letting Big Data Be the Judge May Be Criminal
How Well Will Your Driverless Car Know You?
Technology Driving Diversity in Dating
See More

A New Generation of Work
Agility in business, and the pros and cons of remote teams
The Billionaire Players in the Mars Space Race
CEOs: Technology to look out for in 2018
See More