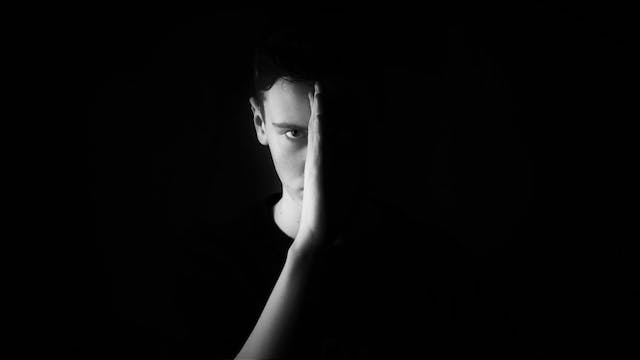 Will any of the major players in Telepathic Technology succeed?

Brain-Computer Interface (BCI) has been one of the top trending issues of 2017, with some of the biggest players in the technology space competing to turn science-fiction into reality.

Brain-Computer Interface (BCI) was one of the top trending issues of 2017, with some of the biggest players in the technology space competing to turn science-fiction into reality. But the truth behind this space-age idea is debateable, and the motivations behind pouring millions of dollars into the research are also opaque.

Currently, the leading figures in the BCI race (that we know of) are Facebook, Elon Musk’s Neuralink, Kernel, Emotiv and the US Government, and they’re optimistic that they can make a breakthrough in the field within a few years. Facebook claim that skullcaps will be able to transmit sentences out of the brain at a rate of 100 words per minute within two years; and Musk is saying that within eight to ten years people could be interfacing with computers via implants.

With the exception of Emotiv – whose objectives appear to be purely commercial – the first goal of BCI research is medical. Musk has said the firm’s aim is to produce a product that will help people with severe brain injuries; Kernel wants to use BCI to stimulate neurons in order to treat diseases such as depression and Alzheimer’s; the US military’s Defense Advanced Research Projects Agency (DARPA) want to help people with hearing and sight problems; and while Facebook have been less forthcoming with its motives, its clearly been inspired by Stanford University researchers’ work in using BCI to help paralyzed people communicate telepathically.

However, some of the aims put forth have been bordering on the fantastical. For Kernel founder and CEO Bryan Johnson and Neuralink’s Elon Musk, the long-term goal of BCI research is increasing human potential by moving closer to a symbiotic union with machines. And according to both billionaires, the reason we need to be doing this is to keep up with the ever-growing pace of AI intelligence. At the World Government Summit in Dubai in 2017, Musk made the claim that humans will have to merge with machines to avoid becoming irrelevant. Johnson has also proffered a similar narrative, arguing humans need to “increase the velocity of our own improvement. Otherwise,” he says, “we might get to 2027 and our machines are incredibly intelligent and we’re increasingly less intelligent relative to that.”

The question, though, comes down to viability – just how possible it is to make this happen. According to a wide berth of experts who’ve spoken up about it, the answer is not very. Associate Professor Gerwin Schalk from Albany Medical College has been researching this field for over 18 years, and his response to Musk’s idea to inject the brain with thousands of silicon motes for BCI purposes is damning: “We don’t have the technology to measure thoughts at the speed of communication. We don’t even know what kind of technology we need. You’re not going to pin electrodes in every part of the brain.”

However, there are some in the scientific community who are less skeptical. When V1 sat down to speak with David Boas of Harvard Medical School, he said that, while he didn’t think that Musk et al would be able to achieve everything that’s been interpreted of them, he could definitely believe that “within ten years we’ll have BCI interfaces that we didn’t think were possible.”

Boas is optimistic about the amount of money being poured into the research as of late, and sees commercial drive as a major propellant: “The consumer market can drive technology very quickly. I see that as a great positive,” he says. “Researchers are no way going to raise the billions of dollars needed to make that technology available to them. It’s going to have to be driven by consumer technology. You need the much bigger market to drive that growth. I think it’s fantastic that they’re pouring this money into the technology. It’s going to open up the floodgates.”

And with the opening of those floodgates will come advances in ways we can’t even imagine right now, from profound impacts on the lives of those with limited functionality, to major leaps in commercial technology. As Boas says, “with these companies jumping in and bringing the money, it’s going to accelerate the advances that much more.”

Innovation
BCI
Technology
Blockchain Is More Than Just a Buzzword
The Trump Administration’s Plans for 5G Internet
Through the Lens: A look at the future of photography
Invisible Wearables and AI Analysis: The future of tech in sports
See More

Smile! Here's how facial recognition is changing China
What’s Next? The Question of Live and Let Die.
Digital Currencies and the Death of Cash
Let It Grow: How Artificial Intelligence is helping Agriculture
See More

The Empathy Economy and What It Will Mean in the Autonomous Age
Beyond the Bags: Shopping changes its focus
Disruption, Automation and the Future of Wealth Management
A New Generation of Work
See More

The Advertising Agency of the Future
The future of translation through the eyes of a professional
What’s Next with UX?
The Rise of Robotics and the Future of Human Employment
See More